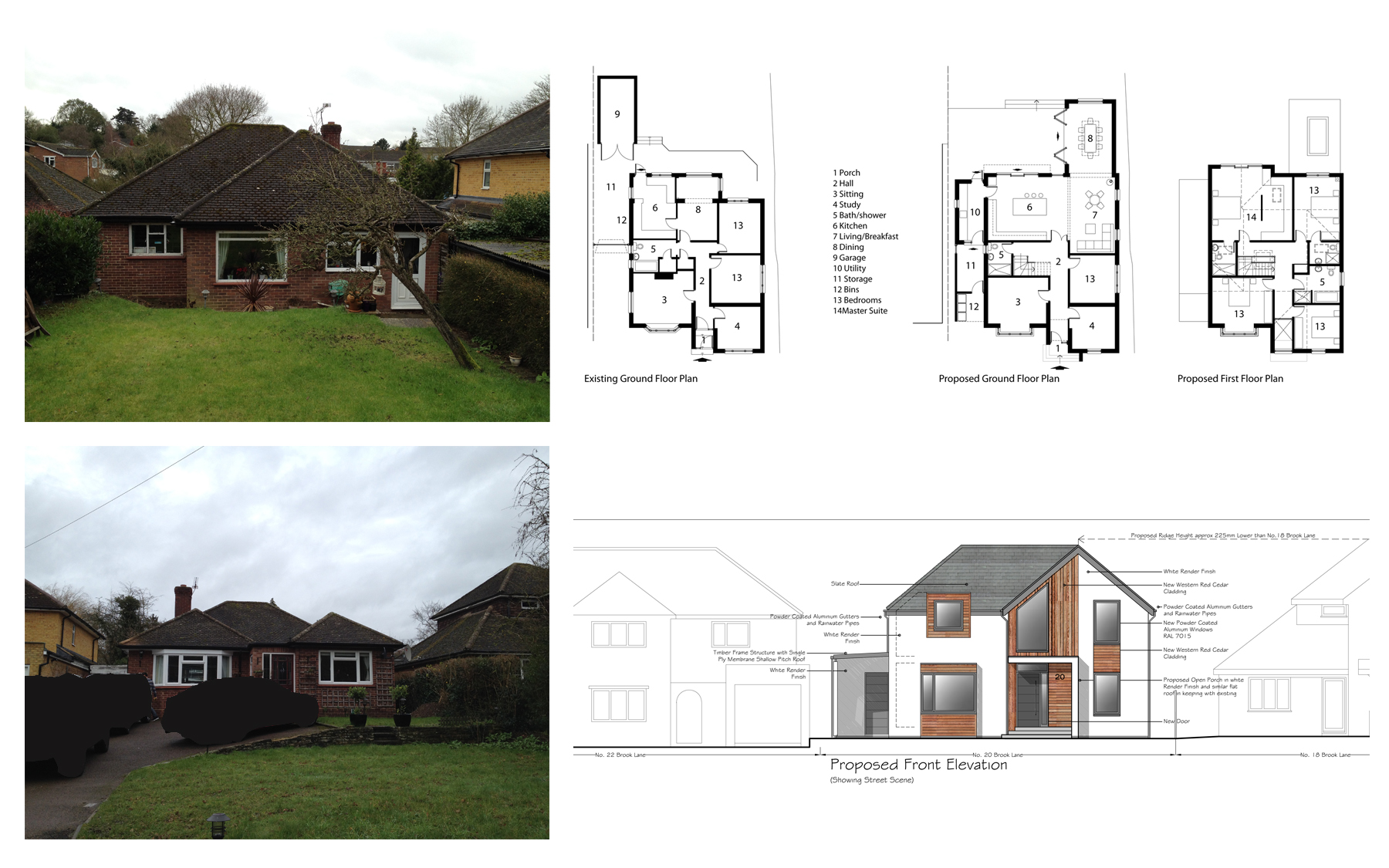 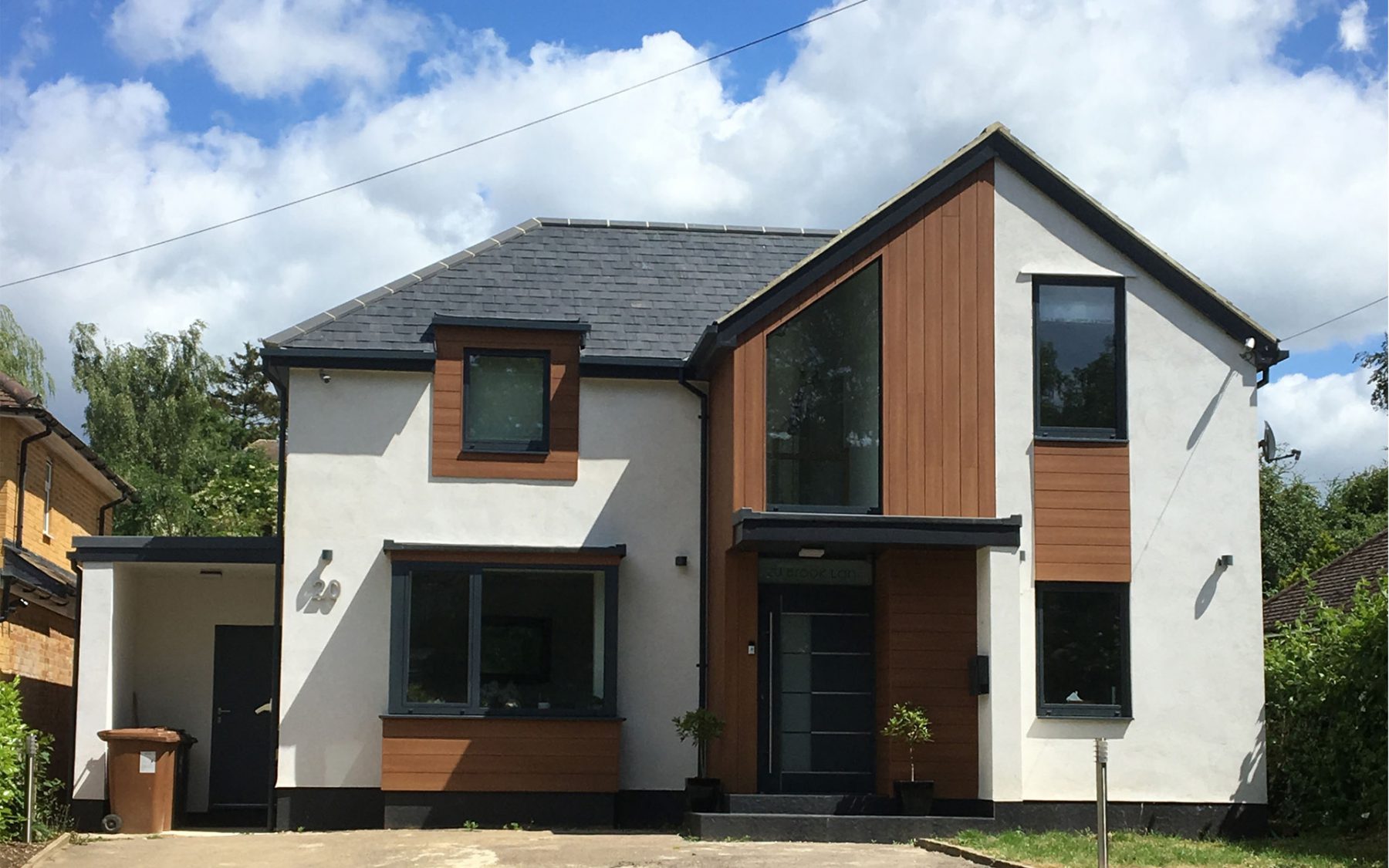 Surrounded by two storey dwellings this mid 20th Century bungalow has gone in the past through a series of unsuccessful extensions and renovations. The proposals include adding a new first floor, a side and a rear single storey extension and change of appereance to convert it into a 21st Century home.